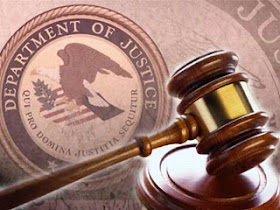 I just read this and I must admit I'm jumping up and down. The DOJ rejected objections its proposed settlement with HarperCollins, Hachette and Simon & Schuster. A number of authors I read regularly were singled out for mention in the ruling, among them, Joe Konrath, David Gaughran, Lee Goldberg and Laura Resnick.

This isn't an excerpt from the ruling itself, it's from The Bookseller:


Barnes & Noble's objections to the settlement had claimed it would injure booksellers. The Authors Guild had said the proposed settlement was "not in the public interest". Referring to Amazon, the US authors body had stated: "The Justice Department is sanctioning the destructive, anticompetitive campaign of a corporate giant with billions in cash and boundless ambitions."

In a response published today (23rd July), the DoJ said: "In the course of its investigation, the United States examined complaints about Amazon's alleged predatory practices and found persuasive evidence lacking . . . Even if there were evidence to substantiate claims of 'monopolization' or predatory pricing' they would not be sufficient to justify self-help in the form of collusion."

Responding to Barnes & Noble's comments, the DoJ asserted that Barnes & Noble was "worried that it will make less money after the conspiracy than it collected while the conspiracy was ongoing" and that that was not a matter for the court to consider. Many of the benefits B&N attributes to collusive pricing could be achieved in other ways, such as lowering costs, the DoJ said.

The DoJ also rejected an implication it said it drew from the Authors Guild submission, that price-fixing should be permitted in the publishing industry because of the cultural role books play in society. "An argument that a particular industry or market deserves a blanket exemption from the antitrust laws should be directed to Congress, rather than the United States or the court," the DoJ stated. It also noted that some members of the Authors Guild, including authors Joe Konrath and
David Gaughran, had written in support of the Final Settlement.

The DOJ said that after "careful consideration" of the public comments, it had concluded that the proposed final judgement was an "effective and appropriate remedy for the antitrust violations alleged in the complaint".

You can read the rest of the article here: DoJ rejects B&N/Authors Guild objections to settlement.

Here is the DoJ's entire response. I just finished reading it. It was, IMHO, very well written and what I would call a 'good read'. Joe Konrath, Lee Goldberg and Laura Resnick, amoung others, are mentioned on page 41.


It is worth noting that members of the Authors Guild also wrote in support of the
proposed Final Judgment and against the Authors Guild’s position. Joe Konrath, author of 46 books, clarifies that letter-writing campaigns by the Authors Guild and the Authors
Representatives “did not solicit the views of their members, that they in no way speak on behalf of all or even most of their members.” Konrath (ATC-0144) at 1. He observes that agency pricing has slowed global growth and hurt consumers and writers. Lee Goldberg, a published author and member of the Authors Guild writes, “I believe that it’s detrimental to authors and readers, as well as to the establishment of a free and healthy marketplace, for publishers to collude with Apple to create artificially inflated prices for ebooks.” (ATC-0553). Author Laura Resnick writes, “breaking the law is not a reasonable reaction to being faced with aggressive business competition.” (ATC-0801).

Many comments from self-published authors, in particular, expressed appreciation that
Amazon opened a path to publication that was immune from Publisher Defendants’ hegemony. David Gaughran, writing on behalf of 186 self-published co-signors, writes that “Amazon is creating, for the first time, real competition in publishing” by charting a “viable path” for selfpublished books. Gaughran (ATC-0125) at 1, 3. Mr. Gaughran observes that “[t]he kind of disruption caused by the Internet is often messy,” and those who “do quite well under the status quo” naturally resist change. Id. at 2. He compares publishers and literary agents to “[a]ll kinds of middlemen,” which have “gone from being indispensible to optional” with the rise of the Internet. Id. Writing in support of the proposed Final Judgment, Mr. Gaughran confirms that self-published writers, in particular, see opportunities in a market not subject to collusive pricing.

I'd encourage you all to read at least the summary at the top.